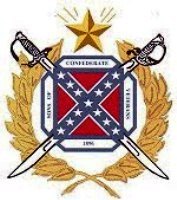 Third Thursdays
of the Month
at 7PM

WHO WE ARE
The citizen-soldiers who fought for the Confederacy personified the best qualities of America. The preservation of liberty and freedom was the motivating factor in the South\'s decision to fight the Second American Revolution. The tenacity with which Confederate soldiers fought underscored their belief in the rights guaranteed by the Constitution. These attributes are the underpinning of our democratic society and represent the foundation on which this nation was built.

Today, the Sons of Confederate Veterans is preserving the history and legacy of these heroes so that future generations can understand the motives that animated the Southern Cause.

The SCV is the direct heir of the United Confederate Veterans, and the oldest hereditary organization for male descendants of Confederate soldiers. Organized at Richmond, Virginia in 1896, the SCV continues to serve as a historical, patriotic, and non-political organization dedicated to ensuring that a true history of the 1861-1865 period is preserved.

Membership is open to all male descendants of any veteran who served honorably in the Confederate forces. US Public Law 85-425 Sec. 410 approved 23 May, 1958 officially recognizes the Confederate soldiers as American veterans. The Sons of Confederate Veterans is a 501(c) (3) tax exempt corporation recognized by the US government as a veterans advocacy group.


WHY WE ARE
"To you, Sons of Confederate Veterans, we will commit the vindication of the cause for which we fought. To your strength will be given the defense of the Confederate soldier’s good name, the guardianship of his history, the emulation of his virtues, the perpetuation of those principles which he loved and which you love also, and those ideals which made him glorious and which you also cherish. 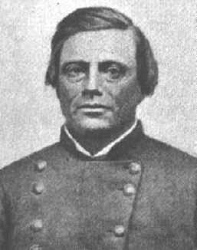 As a 21-year-old college graduate when he first came to Texas in 1835, Tom Green was no doubt one of the most schooled of all Texans. Over the next twenty nine years in Texas, he would also prove to be one of the most courageous.

Green was born in Virginia on June 8, 1814, but moved with his family to Tennessee at an early age. In his youth, he attended Jackson College in Tennessee and Princeton College in Kentucky before graduating from the University of Tennessee. Then after studying law for about a year, he left Tennessee to join the Texans in their struggle for independence.

In Texas, Green entered the Texas army at Nacogdoches, only a few months before the Battle of San Jacinto. At that historic battle, Green helped man one of the "Twin Sisters" artillery pieces.

In the new Republic, Green served as clerk for the House of Representatives for the first terms of Congress. He was then elected to represented Fayette County in the Fourth Congress.

In addition to these "desk jobs", Green served the Republic in several of its more militant struggles. He participated in several frontier skirmishes with the Indians, and accompanied General Alexander Somervell to Mexico in the ill-fated Somervell Expedition.

In the Mexican-American War, Green raised a company of volunteers and served under Jack Hayes regiment in the taking of Monterrey. He then settled back into a relatively sedate life during the early years of statehood. During that time, he married, began a family, and served as clerk of the Supreme Court of Texas.

Green entered the War Between the States as a colonel in the brigade of General H. H. Sibley. Early in the War, the brigade saw service in New Mexico. On January 1, 1863, Green was back in Texas and led the forces on board the two Texas "cottonclads" used in the Battle of Galveston.

After the success at Galveston, Green and his men participated in several major battles in Louisiana, including the Battles of Mansfield and Pleasant Hill in early 1864. Then, on April 12, 1864 at the Battle of Blair's Landing, he was killed at short range by the cannon of a Federal gunboat on the Red River.

He was buried in the family plot at Oakwood Cemetery in Austin.
Tom Green County was named for him in 1874. 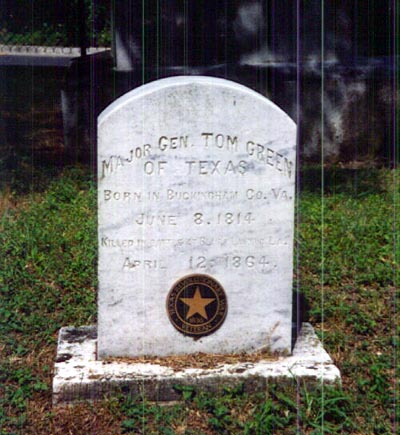